JULIANNE VALLERA
If you would like to see more writing samples, feel free to email me at vallerawriter@gmail.com with the subject title "Julianne's writing portfolio" 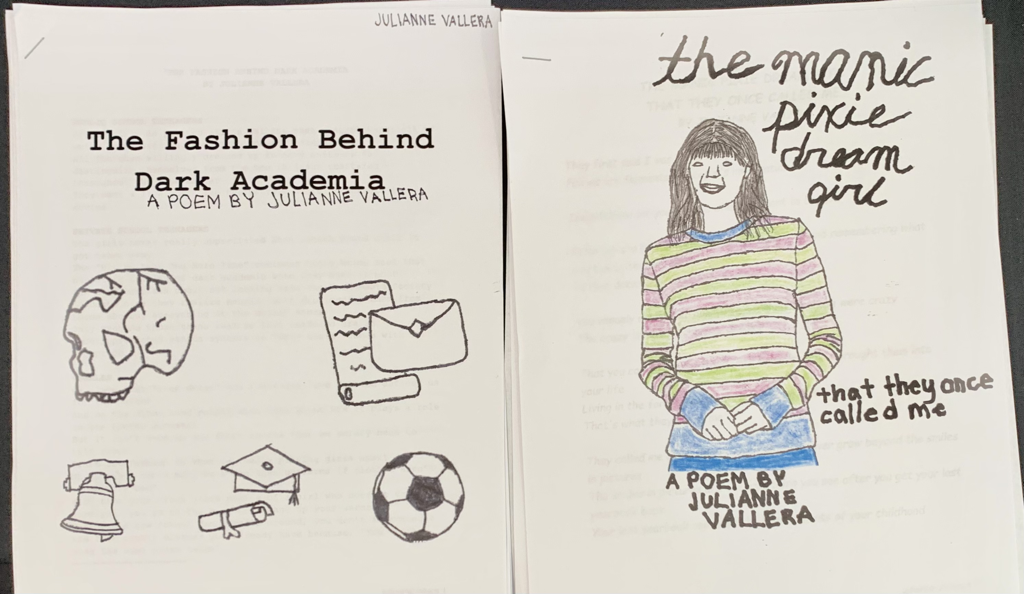 For the 4th Annual Lights! Camera! Autism! event in 2022 I wrote and sold two poems. One was called, "The Fashion Behind Dark Academia," and the second was "The Manic Pixie Dream Girl That They Once Called Me." 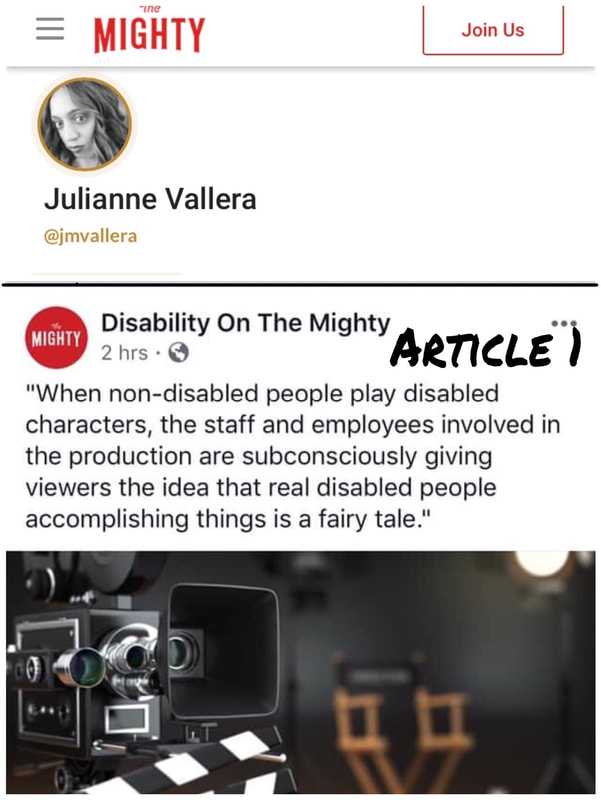 ​In the fall of 2018, I started writing articles and opinion pieces for THE MIGHTY
The first piece I wrote was called “CASTING DISABLED ACTORS IS ABOUT MORE THAN JUST INCLUSION” and it got published on The Mighty website on March 3, 2019.
The second piece was called "THE UNINTENDED CONSEQUENCES OF ONLY HIRING DISABLED PEOPLE". It was posted as a thought on The Mighty website on November 4, 2019 ​​​​​In the Spring of 2020, I wrote an opinion piece titled "THE PROBLEM WITH SECOND CHANCE PROMS" where I talk about how going to a second chance prom after you have graduated from high school can't erase any prom horror stories you experienced during high school.
Others include "DOES LENT CONTRIBUTE TO EATING DISORDERS," "DISABILITY IS NOT A COSTUME," "DO BRACES AFFECT MENTAL HEALTH," "IMPROVING UPON ACCOMODATIONS AT SCHOOL," and "ARE THERE DOWNSIDES TO THERAPY".
​ 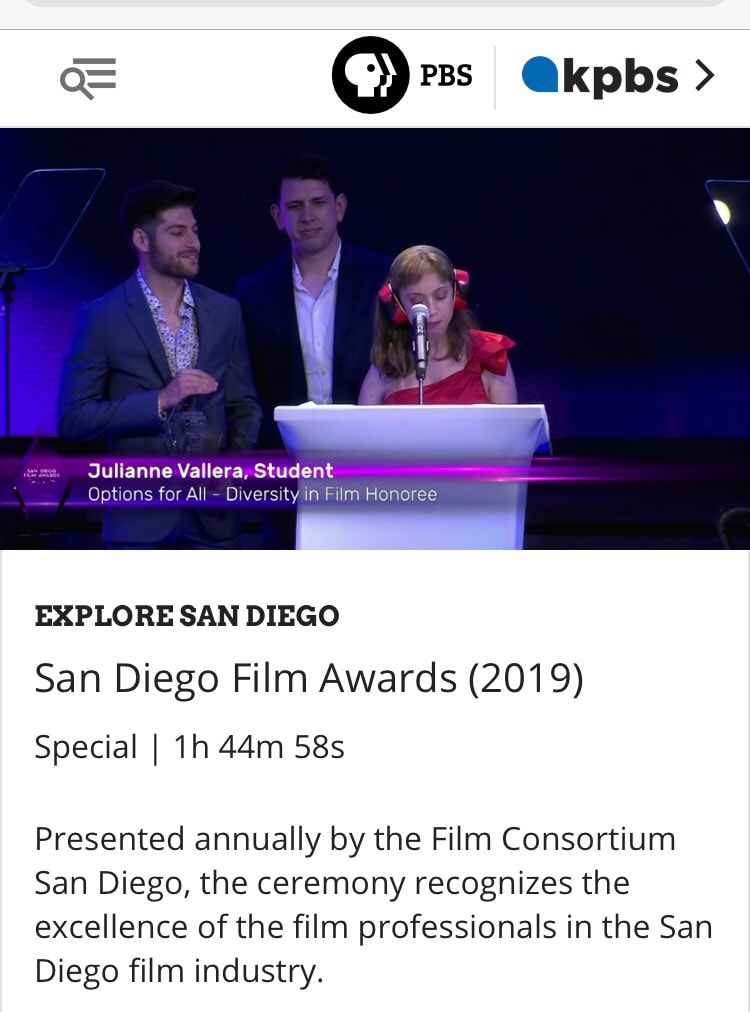 I wrote and gave a speech about the importance of diversity in film at the San Diego Film Awards in April 2019. It starts 14:40. 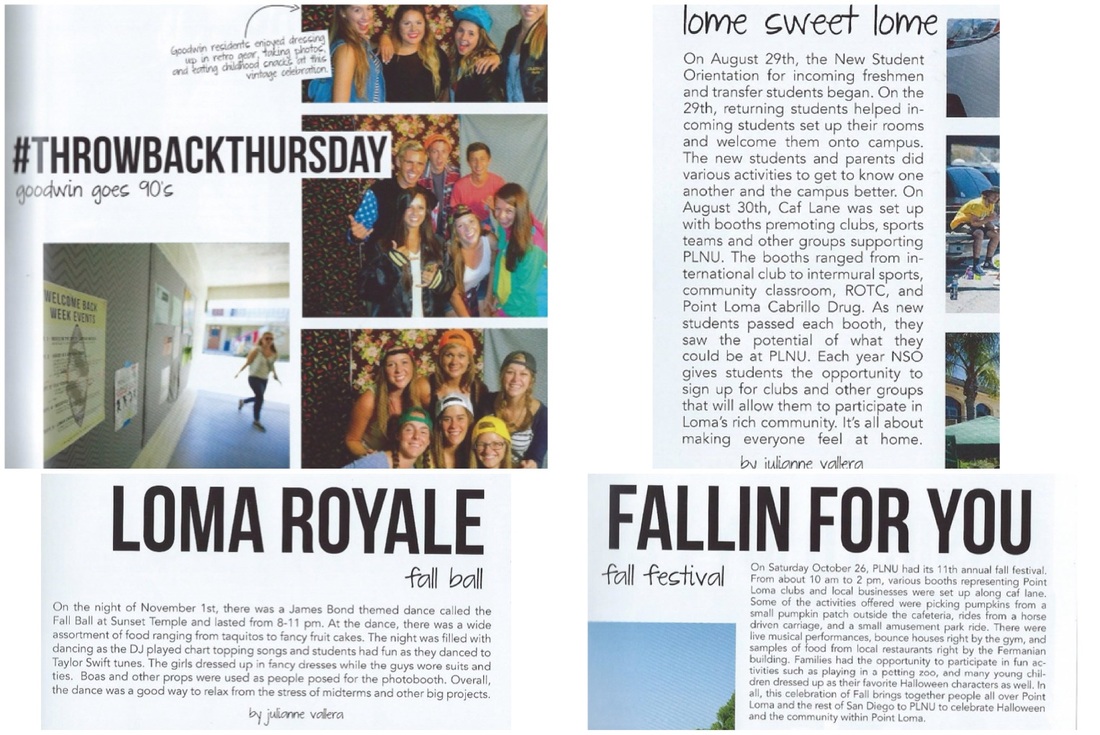 During the first semester of the 2014- 2015 school year, I worked as a staff member for the Mariner (Point Loma Nazarene University's yearbook) and wrote about school events in addition to taking pictures of students showing school spirit. 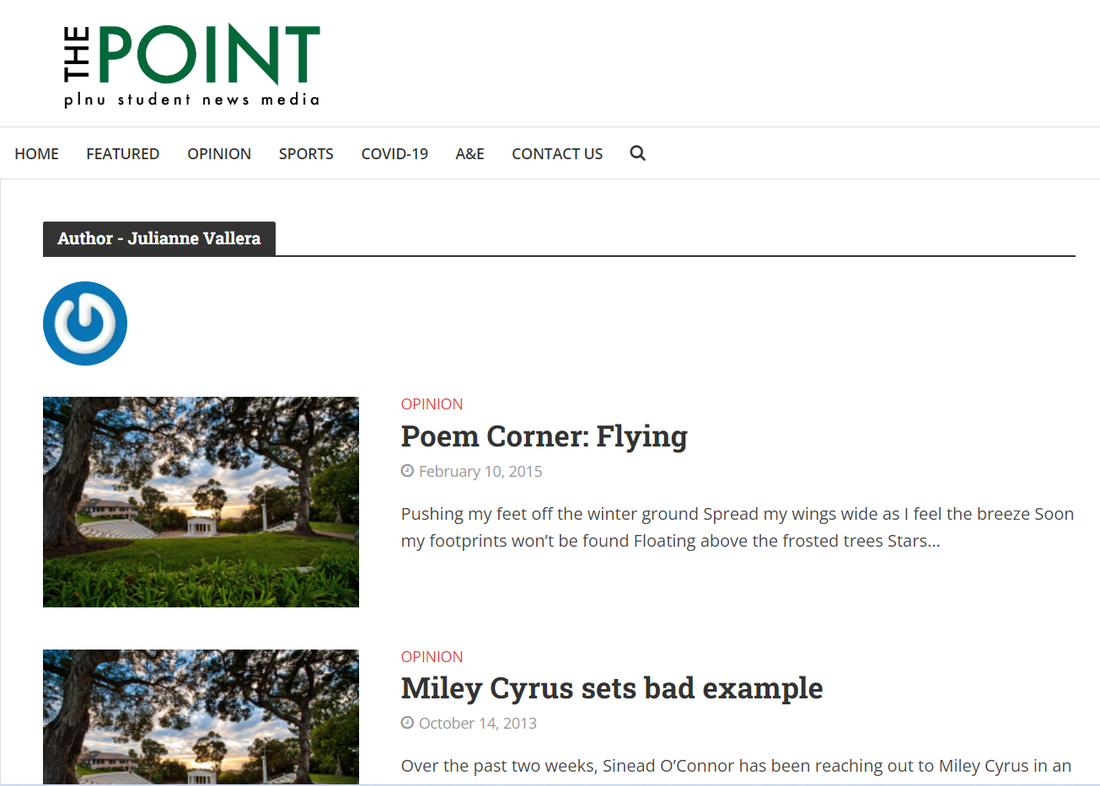 During my time at Point Loma Nazarene University I wrote for the school newspaper. The pieces I wrote are Flying, The New Scarlet Letter, Why I Am Keeping My Maiden Name Once I Am Married, Grey Area: the Black the White and the In Between (Halloween week), Miley Cyrus Sets Bad Example, and Greek Life at PLNU
Powered by