If you would like to see a list of all the "Behind the Scenes" work I have done, feel free to email me at vallerafilm@gmail.com with the subject title "Extended Film Résumé"

2022
In January the online publication SDVoyager did a featurette about me for their "San Diego's Most Inspiring Stories" series. I talked about how I have overcome struggles related to autism in my journey towards success. In April I was interviewed about my participation in the ​4th Annual "Lights! Camera! Autism!
​2019
​​Shortly after I wrote the opinion piece "Casting Disabled Actors Is About More Than Just Inclusion", I was interviewed by about four people, including Matt Jocks and NBC 7 San Diego about why I decided to go in the film industry and why I chose to go to the Options for All Film and Media Studio over graduate school. 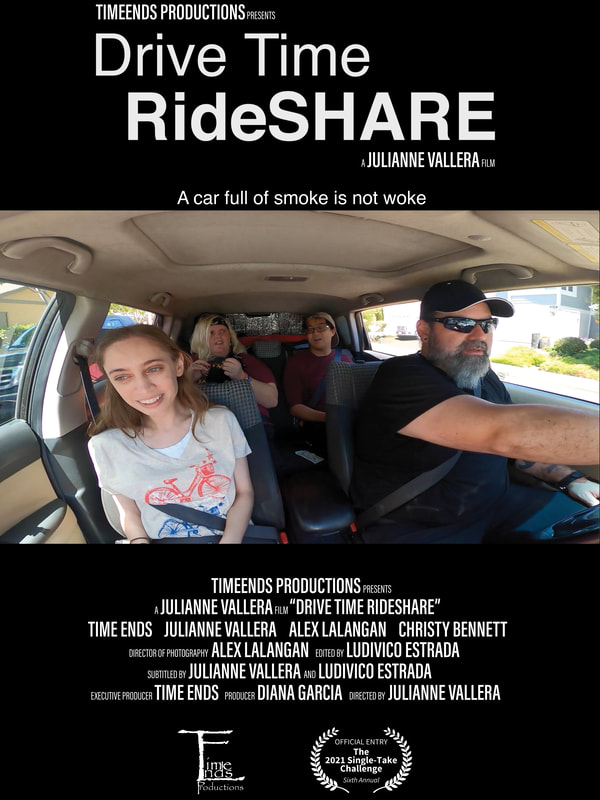 In June of 2021, me and some people I met through the Options For All Film and Media Studio filmed a short film called "Drive Time RideShare" for the Single-Take Film Challenge. I directed it, played the part of Hannah, and wrote the subtitles. It got an honorable mention, was shown at an award show at the Lakewood Ranch Cinemas in Sarasota (Florida) in October of 2021, and made it to the top 10 during the voting round of the "Audience Favorite" award. 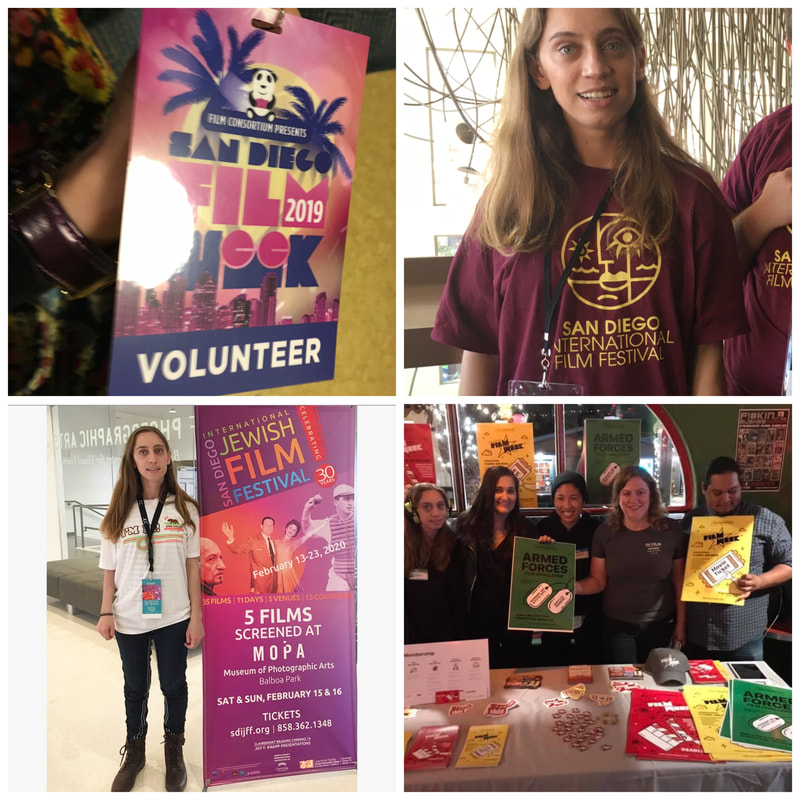 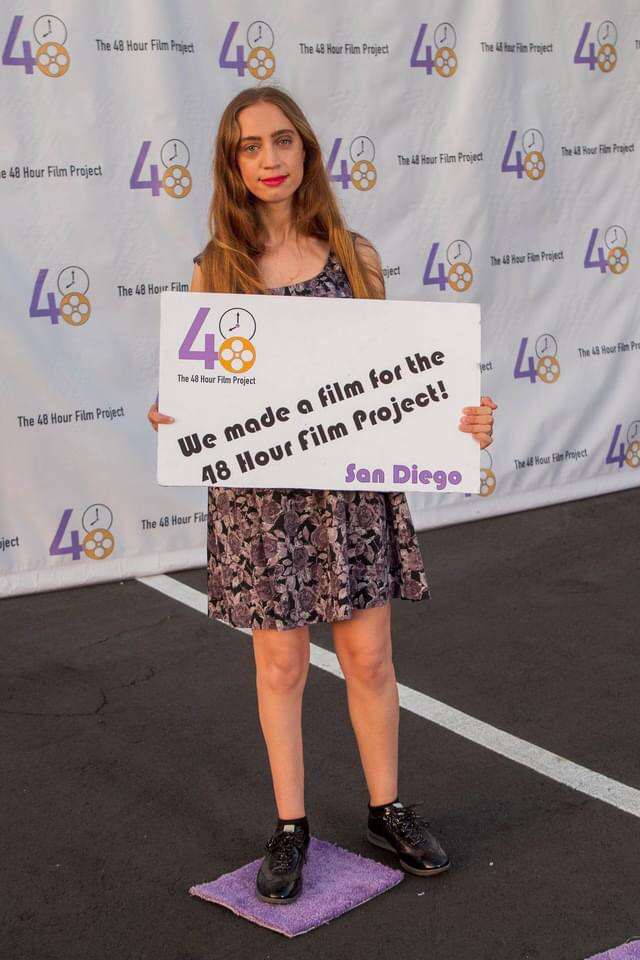 I've participated in the 48 Hour Film Project over five times since 2020. Those short films include "Stuffed," "Reverb," "Life on the Pole," and "Brooklyn Indigo," among others

Options for All Film and Media Studio 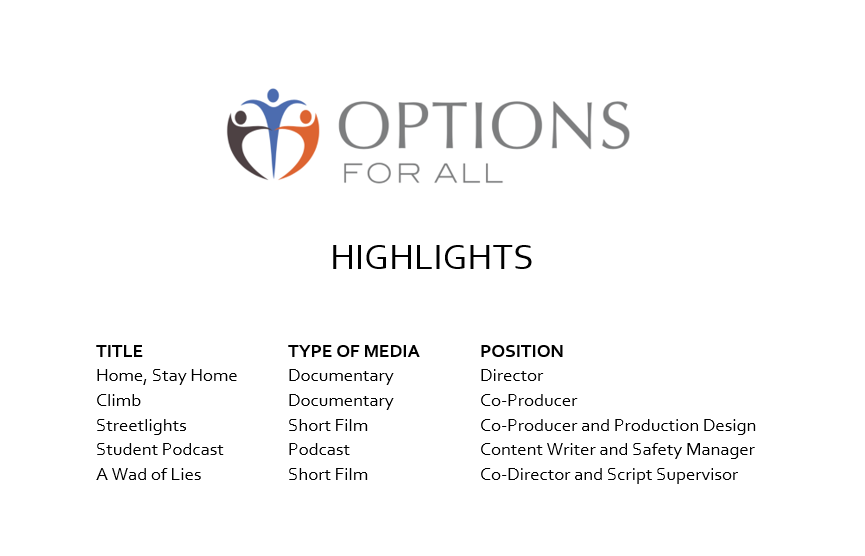 From November 2018 through July 2020 I participated in the Options for All Film and Media Studio program, where I worked on projects such as short films and documentaries. 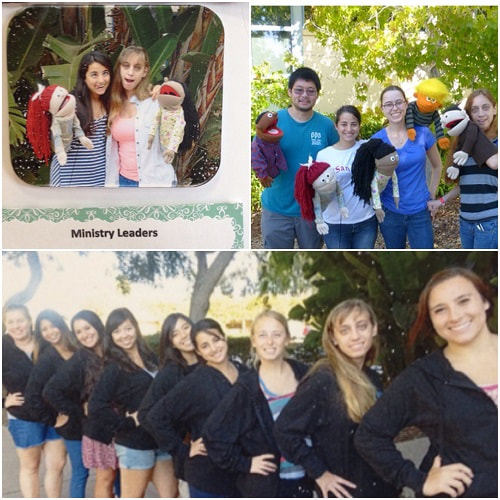 Upper left: Me and Evelyn Aldana, Upper right: Me and the other members of Master's Hands, Bottom: Me and the other leaders of the various creative and visiting ministries in the 2014-2015 school year.
​When I attended Point Loma Nazarene University, I participated in the Master's Hands creative and visiting ministry from the beginning of my freshman year in 2011 until the end of my senior year in 2015. Master's Hands is kind of like a club that puts on puppet shows throughout the school year. In the 2014-2015 school year I co-led the ministry with Evelyn Aldana.
Powered by